A WWII poem by a Soviet Soldier

This is a poem written by a Russian (Soviet) soldier during World War II, right before Soviet Union launched a defensive counter attack against Hitler’s army. It had such an impact on me that I had to translate it.

***
To my friend who is writhing in agony –
Don’t call out to those you had loved,
Instead, listen, let me warm my hands a bit
On hot steam rising up from your blood.

You aren’t wounded, don’t moan, you are not a kid;
You’ve been killed, there is no going back.
Let me keep instead the warm boots off your feet –
We both know I still have to attack. 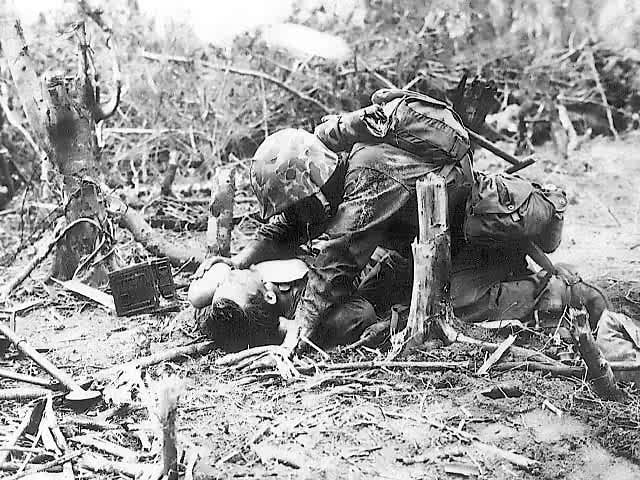 Julie Deshtor grew up in the Soviet Union during the turbulent 90's, and moved to the United States shortly after the Soviet Empire collapsed in 1991. A bilingual author, Julie writes both fiction and poetry, as well as translating poetry and lyrics. She brings her rich cultural and life experienced to her fiction, exploring the psychological struggles of her characters with compassion and insight, as they navigate the murky waters of the modern society. Julie currently resides in Utah, USA. Her interests include art, world literature, zoology, anthropology and urban subculture
View all posts by Julie Deshtor →
This entry was posted in About World War II (WWII) - the Soviet perspective, Literature and Writing, Poems, Russia - about Russian culture and Russian history - past and present, Russian to English Translations by Julie Deshtor and tagged Poem, World War II, WWII. Bookmark the permalink.